Stay tunned from our latest PRESTIGE MLS news by subscribing our newsletter.
You can unsubscribe at any time.
Rio de Janeiro

The city of Rio de Janeiro, formerly named "São Sebastião do Rio de Janeiro", was founded in 1565 by Portuguese explorers and was a cornerstone place for naval trade between Brazil, Europe and Africa. It became the capital of Brazil in 1763 after an impressive growth thanks to gold and diamond discovery but let Brazilia have this title in 1960. Nowadays it is a huge megalopolis which receives more than six million of inhabitants, called the "Cariocas". Therefore, it is the second largest city in Brazil. Situated nearby the Atlantic Ocean, the city of Rio de Janeiro is overhung by a rocky peak, called Corcovado, which hosts the Redeemer Statue.

With the institutional Carnival of Rio, they both represent the main symbols that characterizes this marvellous city. Rio de Janeiro is the second industrial, commercial and port center of Brazil and the first cultural and tourist center of the country. Nicknamed the "cidade maravilhosa" (marvellous city), Rio is one of the most renowned tourist destinations around the world. It seduces visitors thanks to its breathtaking landscapes: splendid valleys, magnificent mountains, majestic forests and dream beaches, such as the Copacabana and Ipanema ones, will not leave you insensitive.

Between its luxury neighbourhoods and its forgotten favelas, Rio is the city of a great discrepancy. Between 2008 and 2013, some developers tried to mitigate this gap but instead, they created a true real-estate bubble. Since then, the housing market may have entered in a stable low period despite the 2016 Olympic Games effect.
This growing city is constantly in expansion: with 50,000 inhabitants in the 1980s, it now hosts more than 400,000 cariocas. However, the country is facing a political uncertainty and an economic crisis, which led to a 20% decrease of the housing prices. All these elements seduced foreign investors as the Brazilian currency is weak. Besides, there is a large number of available properties on the market and the possibility to buy them at attractive prices made Brazil a kind of Eldorado with real housing opportunities. 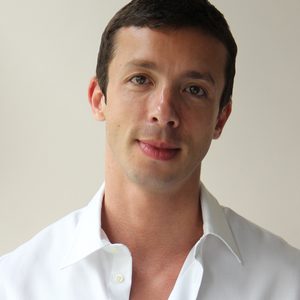 With its favorable climate, its famous beaches, its permanent festive ambiance as well as its typical musics and its tremendous landscapes, Brazil is a dream-like destination. This large country in South America will seduce you as soon as you would have experienced its exoticism and its ability to be a break from your usual life. Through our selection of luxury properties, you will find the best one for a new life across the Atlantic Ocean.