Located on the Hong Kong island, Central District is the business district and for this reason, it is nicknamed "The City". It has a modern architecture, luxury boutiques and trendy spots such as « Lan Kwai Fong ». In the financial heart of Hong Kong, there are numerous skyscrapers and world companies' headquarters. But the Central District also hosts luxury shops, huge malls, and the famous crowd. Stuck between the mountains and the sea, this business district spreads over the main island and is crossed by the major underground line between the Central and Admiralty stations. With its crowded streets at all times of day and night, it really became the nerve center of the city and keeps on attracting foreigners thanks to its low tax rates and its liberal capitalist practices.

Listings in Central District of Hong-Kong

Hong Kong always attracts more foreign investors, and it has a considerable consequence on the real-estate prices, which have skyrocketed in the past few years. In 2014, prices increased by 12% and reached new heights: some luxury properties have been sold 185,000 euros per square meter, despite the legal measures taken by the Government to calm down the housing market. This phenomenon can be explained by the fact that the number of building plot did not rise these past years, which led to a frenetic increase of the existing properties. According to experts, Hong Kong is considered as the most expensive city in the world and this tendency is not ready to change as Hong Kong appeals to Chinese elite and very wealthy foreign businessmen every year. 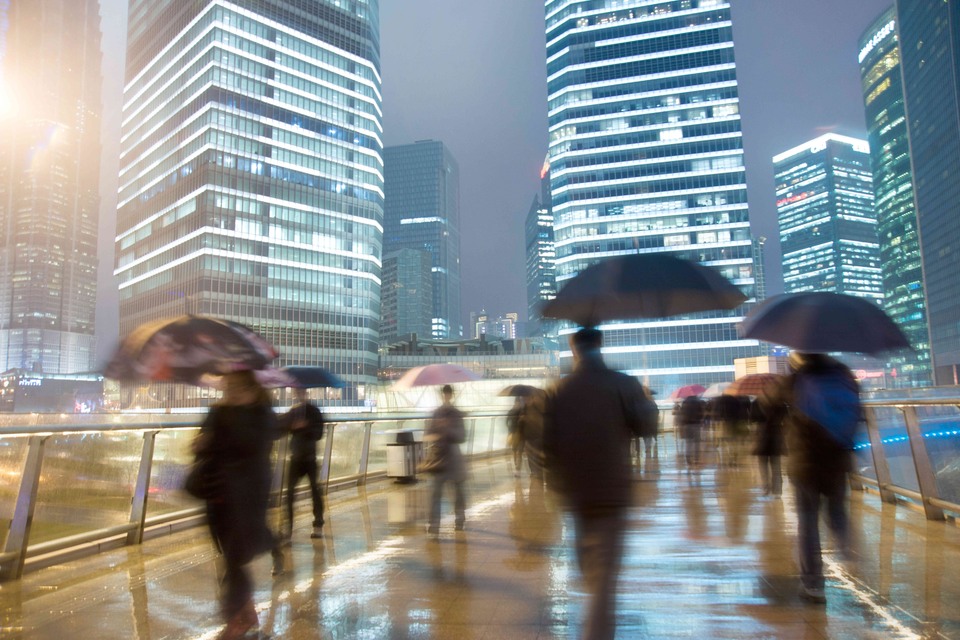 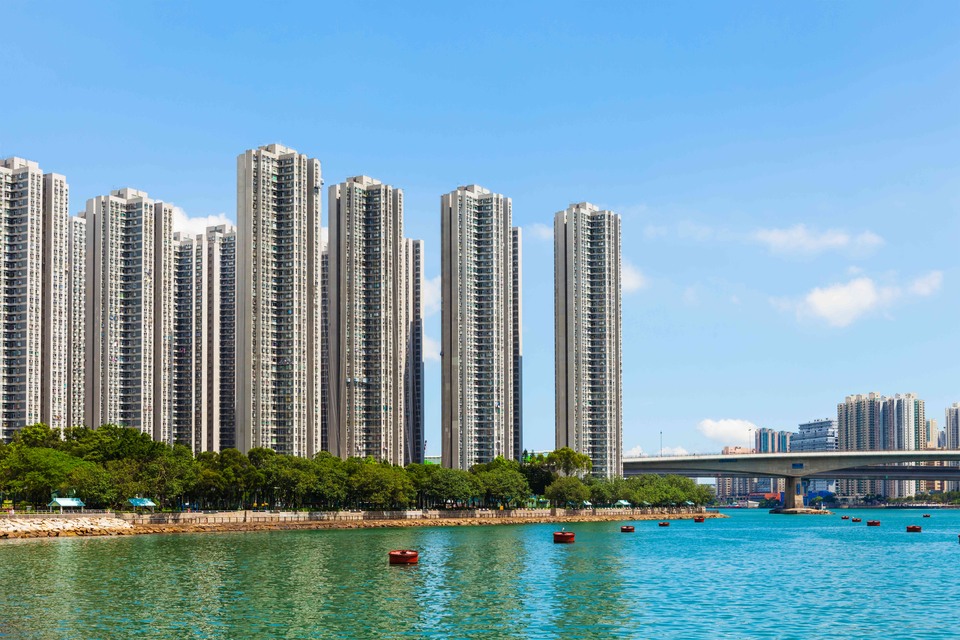 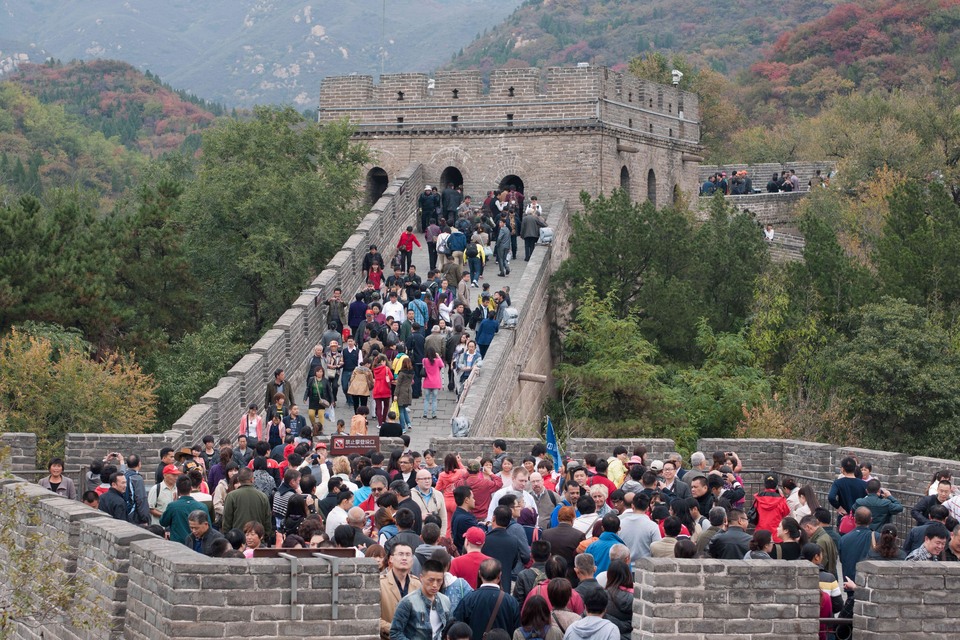 Hong-Kong has a subtropical wet climate which is characterized by milld temperatures all along the year. From May to September, temperatures are at their highest but this period is characterized by a predominant rainy weather and typhoons, which mainly occur in September. The moisture is important and easily reaches 90%. However, it can be interesting to visit Hong Kong during this period as there are various incredible events such as the Hong Kong Dragon Boat Carnival in June or the Mid-Autumn Festival in August.

From October to April, it is the best period to visit Hong Hong as climate is pleasant and rains are reduced. Temperatures can be cool in January and February. There is a little moisture and possible mist. This period is the ideal one if you want to attend the Chinese New Year in Hong Hong, which is a massive and unprecedented event for foreign visitors.

The months of November to December represent the perfect period to fully enjoy Hong Kong. The weather is sunny and temperature are comfortable. Rains are rare and there is less moisture. Besides, in November, Hong Kong welcomes the International Cricket Sixes, which is said to be an unmissable event. For this reason, the city becomes crowded during this period. 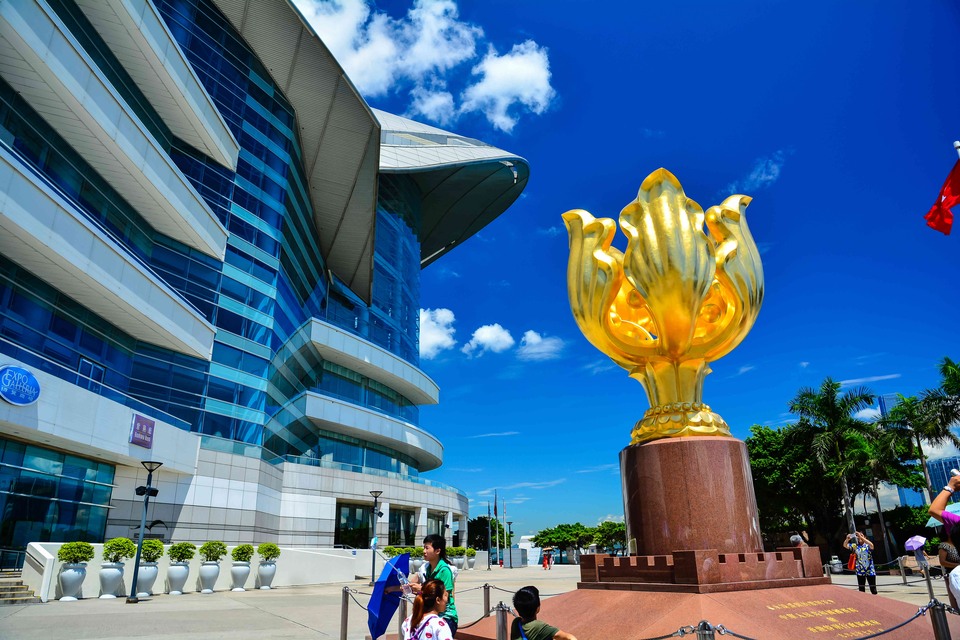 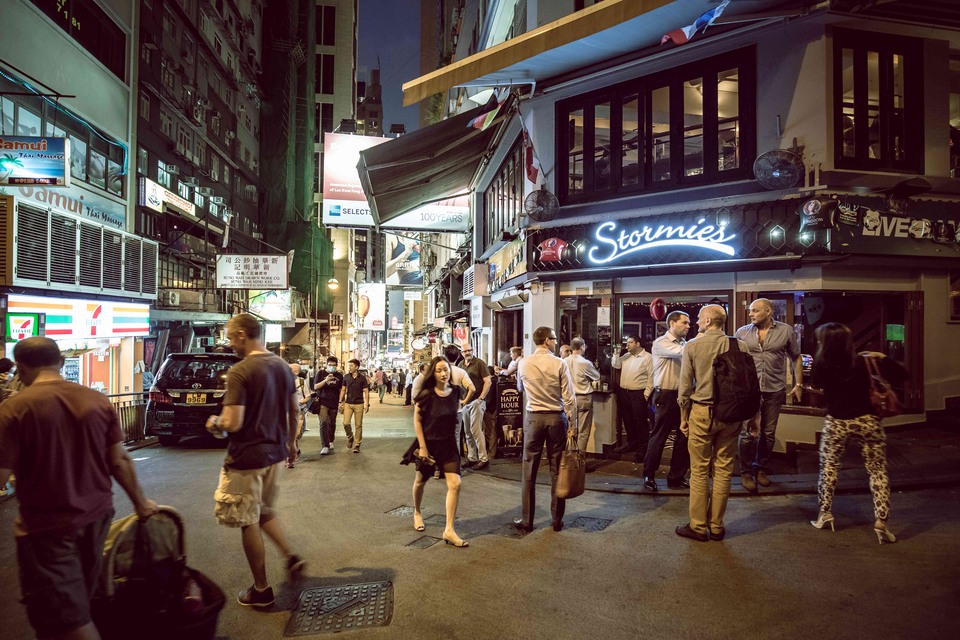 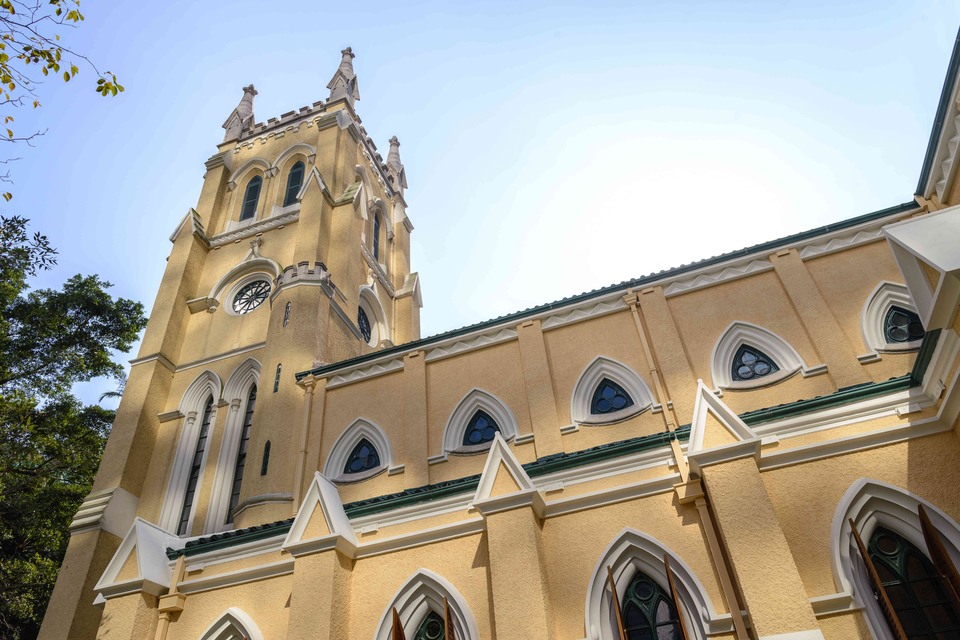 The Bauhinia flower is the symbol of Hong Kong. On this place, there is the Forever Blooming Bauhinia Sculpture, which has been offered by the Central Government to celebrate the retrocession of Hong Kong in 1997. Therefore, the sculpture gave its name to the square which is since then very popular thanks to this work but also to attend the daily "raising of the Flag" ceremony with the splendid Victoria Bay as background.

This place is one of the most emblematic spot of Hong Kong nightlife with more than 90 restaurants and bars. You can taste some wines and appreciate very diversified food. Thanks to the major influence of Hong Kong on the Asian movies, this nocturnal place became so famous that its sign is more photographed than the celebrities who usually frequent this spot. This district is very appreciated by employees who work in the Central District. It is often overcrowded and particularly during the main events of the city, such as Halloween, Christmas and the New Year as well as the Beer Festival.

The Saint John's Cathedral is the main Anglican worship place, where officiates the archbishop of Hong Kong. The Cathedral is the oldest church in Hong Kong  and the oldest Anglican cathedral in the Far-Est area. Built in 1847, it has an architectural style based on the English Gothic influence. The inside is characterized by soothing colours and lots of light.

Hong-Kong is situated in the South-East of the People's Republic of China and is composed of more than 230 islands and a part of the continental territory. It is mainly made of mountainous relief and it has an exceptional deep water port. In 1842 the island of Hong Kong was given up to the United Kingdom. However, in July 1997, the Hong Kong territories were retroceded to China and they became a Special Administrative Region of the People's Republic of China, with a high degree of autonomy. Very urbanized, Hong Kong is a leading financial and commercial area and has a mature economic market and an active domestic consumption.

This is a multi-facets country as b...